Welcome to Bristol Dementia Action Alliance (BDAA). We were formed on the 9th July 2013 as a result of a public meeting asking the question “Is Bristol a Dementia Friendly City?” Our conclusions were that, although there was a lot of support and help for people living with dementia and their carers, more could be done. Click below on “What we do” to see what we are doing to increase dementia awareness.

We have adopted the Purple Angel Campaign as our main delivery tool. This was started in Torquay by Norman McNamara, a man who has Dementia with Lewy Bodies. Following an incident in a local supermarket, where he was treated very badly, he and a few of his friends began the Campaign.

Why we do what we do

Basically, we are in the education business, our aim is to make Bristol THE Dementia Friendly City of the UK.

There are two reasons why we do what we do:

So for them, it’s personal. 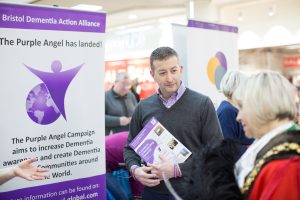 What is BDAA and what do we do? Learn more about our work in Bristol 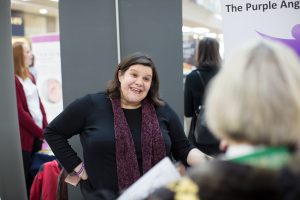 Want to help? Find out how to get involved with our programmes and activities 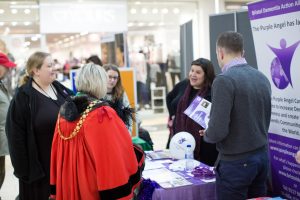 Wanting help and guidance after a diagnosis? We are here to help!

We use two main tools to deliver our awareness sessions:

There are no upcoming events at this time.

Support Us At The Co-Op

Do you need advice and support for someone living in Bristol and affected by Dementia during the COVID -19 Outbreak and lockdown?

Here are some local organisations which can help:

Bristol City Council has advice for people who are vulnerable during the COVID-19 outbreak.

If you, a family member or a neighbour and need help with shopping or other essential tasks, or are feeling isolated:

Alzheimer’s Society Bristol have advice on their web page here.

You can also join in their online forum called Talking Point.

Age UK Bristol have developed a support hub during the COVID-19 outbreak, click here to access this.